In the world of watersports, injuries are certainly possible, if not common. eFoils are no exception. Talk to any surfer and they will say if you haven’t been hit by a board, it’s just a matter of time.

When it comes to learning to eFoil, falling is part of the process. In any activity where finding balance is a challenge, accidents will happen. While 99% of your falls may be harmless, simply splashing into water, there is always a chance that you can get hurt.

As an eFoiler, there are a number of ways to sustain an injury.

First, you can fall onto your board or its components. The mast, wings and propeller all have extremely sharp edges that can easily cut bare skin. Even carrying the eFoil by its mast and wing with your unprotected hand can leave a mark. The board is made to be durable typically using a strong and solid material like carbon fiber. Which means that in a collision with your board, it’s your relatively soft body that will lose.

Second, you can fall onto natural objects. There are plenty of things in the water such as rocks, logs, and reefs that can cause an injury. Depending on where you eFoil, you subject yourself to different risks. Foiling in shallow water or near the coast elevates the danger.

Third, you can collide with other people and other vessels. In crowded bodies of water, there can be other swimmers, surfers, kiteboarders, kayakers, paddleboarders, boats, jetskis and other eFoilers.

And fourth, your eFoil can strike you after you’ve fallen off. It’s important to learn how to bail safety from your craft. That means using your last bit of control to create distance from your eFoil and to get out of its path. Falling in front of your board is the scariest. However, even if you step away from the board’s path, it’s also possible that the eFoil changes direction and comes back to you.

All these incidents can result in lacerations, especially to exposed skin such as the head, arms, and legs. Bumps and bruises are to be expected. Thankfully, most of the time injuries are very minor, requiring no professional medical care.

From my own experience, within the first 10 sessions on an eFoil, I was struck in the head twice and hit on my hand once as I was in the water. I bailed from the eFoil thinking I was completely safe, only to have a hard surprise a second or two later.

Another time my eFoil smashed into a huge rock just inches beneath the surface of the lake. I saw the rock too late, as the front of my board went over it. When the wing hit, I went airborne before crashing into the water. Thankfully, there were no additional rocks where my body was flung.

These early incidents were terrifying. It taught me that eFoiling had real risks and that I needed to take more precautions.

I cover myself as much as reasonably possible. For every ride, I wear a long sleeve top, from rashguard to wetsuit depending on the temperature. I also wear gloves and booties. This is mostly for sun protection but they also offer some protection against blunt force or sharp objects.

Additionally, I wear a coast guard approved PFD and yes, I even wear a dreaded helmet. It’s easy to say you don’t need to do these things. You may think it is overly cautious. However, I think of this gear like I think of wearing a seatbelt. You don’t need them — until you do.

Lastly, if possible, I prefer eFoiling with a companion. It’s not that hard to imagine getting knocked unconscious somehow and subsequently drowning in an accident. Having an extra set of eyes on you provides a bit more of a safety cushion. If I am severely hurt, someone can get help.

Jamie Mitchell, a big-wave surfer, believes that foils (not necessary eFoils) are going to result in fatalities. He stated on Facebook:

“So lately I have been asked consistently about my thoughts on the so called “NEW” foil popularity and haven’t really said much but, yesterday, sadly, I saw a photo that I knew was coming sooner then later.

Foils are for open ocean swells, outer bombies and places where there are no people or very few people doing it together. Foils are dangerous. Very dangerous. And do not belong in the surf zone with the masses and general public.

Yes, Kai and and a few talented kids can probably control the boards amazingly well, but you can’t control other peoples actions and movements. I see more and more clips everyday of people trying the foils and I am so scared that someone will pay the ultimate price and die.

Look at this photo below. If a foil hits you or you hit someone with the foil it’s going to end badly. I sure hope the people and companies that are making money off these are doing their best to educate people about the dangers. I don’t think this will be the first or last incident unfortunately.

I’m very happy that the gentleman in this photo will be ok. Please think about your surroundings before you just jump in and start surfing those boards.”

The surfer that jamie was referring to was popular and capable Japanese surfer Yu Tonbi Sumitomo.

“He is an experienced waterman that was doing it in the right way, in the right place and look what happened. Imagine someone who isn’t experienced or even if they are that are in a crowded spot! To me that’s a recipe for disaster!”

“Hi Jamie Mitchell san. This was my bad. Waves are waist to chest. No one around except me and my father. Had struggle first 30 min. Then I start figure. Had such fun time. Then see what you see what happen. I been surfing since I was 8. 36 year experience. Your friend Sean O. is my best friend we made SUP 11 year ago. I thought foiling is easy. It is easy but easy to turn very dangerous. What I learn from this is have to be careful. Surfing. Or sup. Or foiling. Thank you for the comment and hope no one get’s hurt like I did. Sure foiling is amazing.”

One of the best things that happened to me was that I had a few mild mishaps on my eFoil as a beginner. I probably would not have bothered with a helmet had I not been bruised by my board early on. And crashing my eFoil into a rock has made me far more aware of where I surf, a good distance from the coast.

I read a post on a message board from someone who saw the results of a few eFoil accidents. He described them as grisly photos. He said he did not want to eFoil because of the chances of getting hurt were too high. It’s a valid point. Everyone has to make their own decision of where they draw their line between risk and reward.

For me, the reward of eFoiling is certainly worth the risk.

Take care of yourselves! 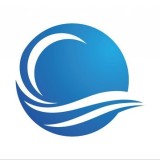 This may be a good place to introduce yourself and your site or include some credits.

Comments Off on Foot Positioning and eFoiling